A series of talks about science in movies, books, and games. 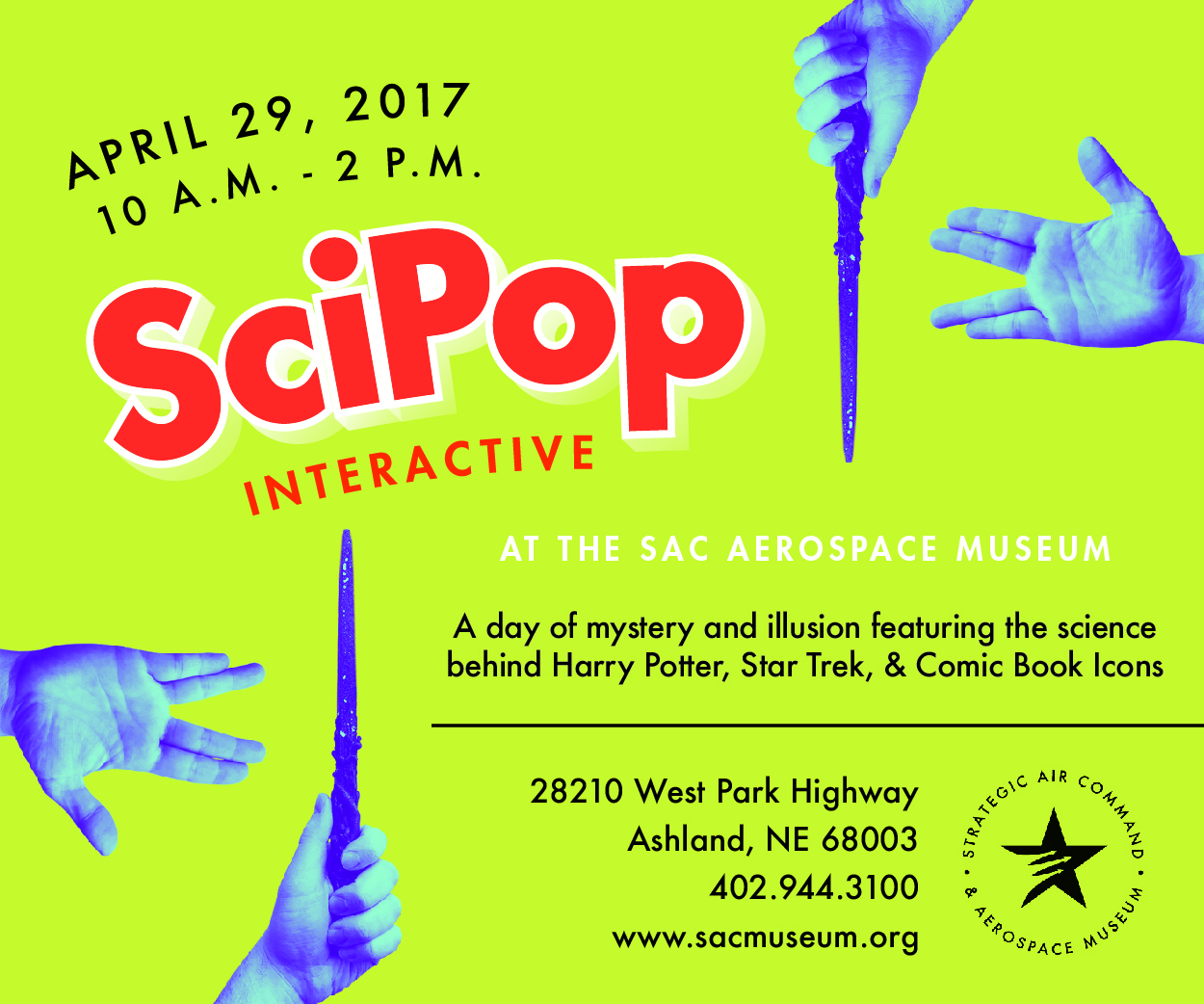 From the SciPop Interactive Press Release via. the Strategic Air Command Aerospace Museum in Ashland Nebraska.

On Saturday, April 29, 2017, guests age 12 and under will received free admission for a SciPop Interactive event that ends the weeklong science festival. SciPop Interactive includes science demonstrations and hands-on activities that highlight the mystery and illusion of pop-culture icons from Star Trek, Harry Potter, and comic books.

Guests are encouraged to wear their favorite costume in support of their favorite comic book or Harry Potter character. Fun hands-on activities will be part of the event from 10 a.m. to 2 p.m. with a Herbology of Harry Potter lesson, explore how cloaking devices work in Star Trek, how to make things invisible, and play with shape-shifting elements used by comic book superheroes and supervillains. There will be make-and-take projects for the first 500 youth, which include an invisible ink potion, create a comic book, and analyze alien slime.

Thanks to Our Donors!