A guide to the various games, kits, and ephemera the UN-L Libraries have available for checkout and use.

This guide is intended to aid with scholarly research as well as casual inquiries concerning games, toys, and kits.

The University of Nebraska-Lincoln Library Catalog

The library catalog lists books, toys and games in the University of Nebraska-Lincoln Libraries.  You can search for:

toys or games as a subject heading

Often books about using toys and games for instructional purposes have subject headings containing the phrases "study and teaching" and/or  "activity programs."

WorldCat is a vast catalog listing the holdings of libraries around the world.

You could look for specific toys or games like "Barbie dolls," "Lincoln Logs," "LEGO,"  "chess," "Quidditch," "Monopoly game," or "whist."

You could look for companies like "Parker Brothers" or "Atari."

You can search general categories and social phenomena like "computer games," "toys and self image," or ""prehistoric toys."

Gale Ebooks will give you access to articles in a number of encyclopedias.     Those articles are typically written by respected scholars and have extensive bibliographies and cross references to other articles.

Searches for general topics -- like  toys, games, or video games -- will turn up a variety of articles from diverse encyclopedias.   Similarly, specific searches --like Barbie dolls,  LEGO, or Lincoln Logs -- also work well.

The University of Nebraska-Lincoln Libraries provide access to a number of excellent general-purpose article indexes through the E-Resources  page.   Searches that are effective in finding books and articles often work well for finding articles.  Try:

Many toys and games are patented, and patents profide  However, the patents for particular games are toys are hard to find.   The titles of patents are generic and the patent classification system is hard to understand.     For example, the patent for the game Monopoly is titled "Board Game Apparatus."   An earlier game that inspired Monopoly was called "The Landlord's Game."   Its patent is titled "Board Game. "  The patent for the Barbie Doll was entitled "Doll Construction."

Fortunately, the patent numbers are often on toys and games or on their packaging.     Also, sometimes a general Google search can turn up a patent number or the name of the inventor.    Occasionally, patent numbers can be found in magazine articles or books.

The Google Patent search is useful for finding patents where your know the patent number, the patentee, or the assignee.  A search for "Les Paul" turns up the famous guitar he developed.   It was called an "Electrical Musical Instrument. "   It also works if the name the product is marketed under is mentioned in the text of the patent as is the case of the Monopoly patent.  In the case of the famous Lego toy brick the assignee "Lego" is mentioned in the text. 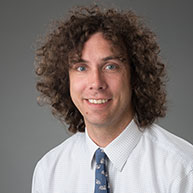